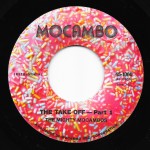 Donut chiefs The Mighty Mocambos return with triumphant funk workout “The Take Off” out on limited edition 45.

On the instrumental A-side, crunchy drums and percussion set off into a 7-minute breakbeat extravaganza where dramatic horns and psychedelic, fuzzed-out guitars build up to an epic finale.

On the flip, Nichola Richards chants soulfully before passing the baton to Brooklyn MC JSwiss, whose spoken word poetry takes the listener to another level, ready for take-off!

Another sure-shotwinner from the Mocambo camp, for all funk DJs and aficionados.

The Vicious Seeds from St. Petersburg have been putting out 45s with their blend of raw cinematic grooves and deep funk instrumentals for a while, here they introduce us to vibraphonist Pavel Chizhik, who adds his midas touch to the group’s well seasoned rhythm section. Reminiscent of early CTI recordings and – of course – Roy Ayers, the band delivers their own version of summer jazz dope beats, with sample-friendly drumbreaks, funky basslines, psych guitars and lush vibes. With communication to the group largely cut off or heavily censored, we leave it to the music to do the talking and spread the band’s message. “Make records, not war”. 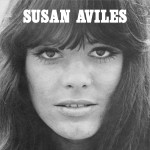 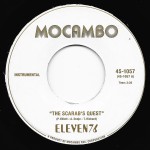 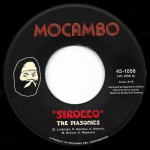 The Diasonics from Moscow, Russia bring two dope sides of what they describe as “hussar funk” – a style that seamlessly blends infectious deep funk instrumentals, east european flavours and psychedelic echoings. On this 7inch, their mystique vibe is complemented by a Koto – a japanese zither – that adds a samourai flic twist to the sovietsploitation groove of the band. File under “outernational” or “unusual funk”. 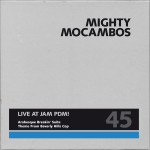 German funk stalwarts The Mighty Mocambos unleash another sample of their explosive live energy, a 7″ of two brand new tunes recorded straight to 8-track tapeduring JAM PDM! Breakdance Battle at Fabrik Potsdam on February 1st 2020.
“Arabesque Breakin’ Suite” on side A is an original instrumental medley written for the occasion and delivers the raw, heavyweight sound that has made The Mighty Mocambos a staple of b-boy battles the world over. Side B is a cover of the Axel F Theme from Beverly Hills Cop, taking the tune from 80s synth-heavy electro-pop to soulful, tropical-flavored b-boy funk.
In these peculiar times without concerts, these live recordings are a real labor of love that capture the special vibes of a Mighty Mocambos performance while remaining suitable for DJ-use and enjoyable to the dedicated listener.
The 45 comes in a beautiful picture sleeve – a reproduction of the tape box used for the recording with a b/w photo from the event. 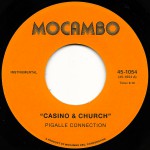 Led by French B3 Hammond maestro Guillaume Metenier and featuring an all-star lineup of musicians from the extended Mocambo fam, Pigalle Connection connect the dots between instrumental funk, b-boy breaks and cinematic soundscapes. After their celebrated and battle proven 45 “Paris Breakdown”, this fantasy funk supergroup is finally back with a new double delight on 7 inch wax. “Casino & Church” / “Vendetta James” is a nod to Peter Thomas and Ennio Morricone, two massively influential score composers who both sadly passed away in 2020.

A-side “Casino & Church” is a blistering blend of afro-boogie, breakbeat funk, blaxploitation and eurocinema, led by hypnotic percussion and an infectious guitar.

Flip to the B-side for “Vendetta James”, where Mediterranean funk meets Italo Western and b-boy breaks in a sequence of hazy atmospheres and alluring moods. 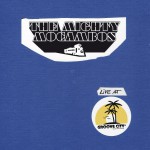 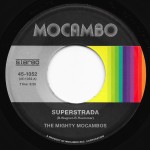 Funk 45 champions The Mighty Mocambos deliver another colourful record in their favorite format. Both break-heavy psychedelic soul score theme Superstrada and battle proven b-boy jam Concrete Stardust are from the much celebrated album “2066”. By popular demand, here they come in exclusive DJ-friendly uncut/extended versions. A hard-hitting double-sider set to be a resident in your 45 case.

Little is known about the ensemble that is Sun Atlas. It’s not certain whether you’d find them in Los Angeles, New York, Addis Ababa, Marrakesh or in outer space. Maybe non, maybe all of the above. Their only proof of existence is banned on this 45. Their razor-sharp mixture of afrobeat, ethiojazz, surf, cinematic soul, crime jazz & funk/hiphop breaks speaks for itself. Only on vinyl.